Petition for a Green Economy & America

For the Sake of Our Children

#1 in the Series of Petitions for Smarter Capitalism

We are calling on you to lead a green reinvention of our economy leading to a clean, healthy, sustainable economy, America and world.

Pricing That Tells the Truth

Rebating APT taxes to the Public

to Accelerate the Green Recovery 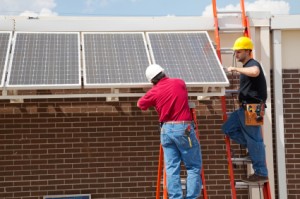 Installing Solar Panels: A crucial part of a Green Recovery

The Bottom Line – By continually making, selling, buying and using ever eco-friendlier, now less expensive goods and services and saving money, we will also be:

Saving money leading to saving civilization…how powerful and universal a game-changer is that?

Mr. President and Congress —Pricing that tells the truth is the morality, reality and market-based solution and game changer America needs now, and if America takes the lead in The Human Race for a Healthy Planet, the world will follow.

See Smarter Capitalism , a more socially just,  ecologically realistic and hence more sustainable version of the current model which includes as just one of its principles Real Cost-Benefit Pricing