A Summary of Smarter Capitalism:

Its Purpose: Sustainability, Health and Happiness

Using human creativity,  energy and fairness, Smarter Capitalism transforms natural resources into these economic prerequisites for health and happiness without degrading them for future generations:  sufficient,  quality food, water, air, clothing, shelter, healthcare and time for relationships with loved ones, friends and community.

Some examples are the water cycle, creatures eating and being eaten, reaping what you sow and treating others as one would want to be treated.

The more diversity of interdependent/interconnected links in any ecosystem, the more long term stability and strength it has. The same is true for regional and national economies, societies and civilizations. 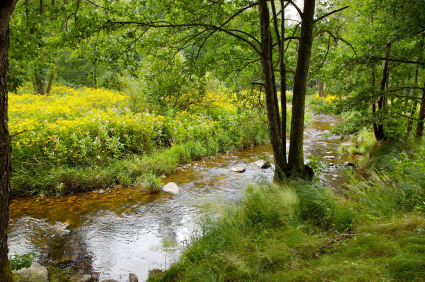 Our Web’s natural capital is only so big. There are limits, even to those things that before seemed limitless like air, water, soil, birds in the sky, fish in the oceans and trees in Siberia and the Amazon.

This is called global overshoot. Some of its signs are rising temperatures, falling water tables, desertification, deforestation, loss of topsoil and croplands, the collapse of most of the world’s large fisheries, seven huge, growing oceanic garbage patches and the current man-made sixth mass extinction since life began on Earth. Smarter Capitalism recognizes we must correct this “overspending” or else face eventual worldwide ecological bankruptcy.

And approximately what is it worth in dollars? When the 1987 global GNP was only $18 trillion, an international panel of scientists estimated that the world’s major ecosystems alone were providing humanity $16 – $54 trillion dollars worth of ecosystem services each year.

As just a part of this, the annual unpaid work of women has alone been computed to be worth almost as much as an entire nation’s Gross Domestic Product, i.e. its paid sector and this was Switzerland! Presumably the same would apply to most if not all other nations as Swiss workers are some of the highest paid in the world.

Practically speaking though, because those who start and/or invest time and money in companies deserve to be fairly rewarded if things go well, Smarter Capitalism advocates that society and the environment be legally considered at least two substantial shareholders in every company and the two largest stakeholders in every governmental agency and social organization.

In general, this would mean companies, government agencies and non-profits would have to consider the interests of society and the environment in their decisions and would conduct their business using the Golden Rule and the values of honesty, fair play and loyalty.

This smarter capitalist respect, honesty and fair play for employees of course also extends throughout the economy to customers, suppliers, investors, partners and affiliates.

When Society is a Substantial Shareholder:

Better Pay, Working Conditions and Respect for the Average Joe and Jane

It would also mean, among other changes, freedom in the workplace to vote without intimidation for or against collective bargaining, more checks, balances and freedom within unions, requiring good cause for termination, employee stock ownership programs and last but not least, redirecting a larger portion of profits, dividends and current executive compensation to the vast majority of American employees who like the vast majority of Americans, 95%, make less than six figures.

Lower Taxes for the Average Jane and Joe

Unfortunately, that hasn’t been the case for a long time. During the 50’s when the American middle class and America was arguably at its strongest, the average American earning $2992 a year paid income and payroll taxes of around 23% and the top tax bracket for the wealthiest few was 91%!

But it’s even worse than that. Now many of the wealthy and super-wealthy pay percentage-wise about half what the average Jane and Joe pay, because capital gains, taxed at the criminally low rate of 15% is the lion’s share of their earnings. Here’s how one of these super-wealthy, billionaire Warren Buffett described it at a $4,600-a-seat fundraiser. “’The 400 of us [here] pay a lower part of our income in taxes than our receptionists do, or our cleaning ladies, for that matter.’ He went on to say that he was taxed at 17.7 per cent on the $46 million he made last year, without trying to avoid paying higher taxes, while his secretary, who earned $60,000, was taxed at 30 per cent.” Warren Buffet summed up the situation this way. “There’s class warfare, all right, but it’s my class, the rich class, that’s making war, and we’re winning.”

The Result of Society as a Substantial Shareholder 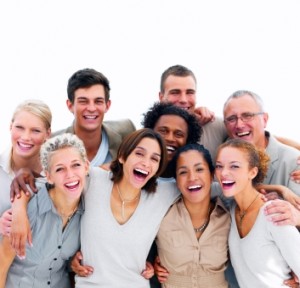 The Environment as a Substantial Shareholder

Real Cost-Benefit Pricing means on the cost side, if something, like coal compared to solar, is more expensive to society and the environment in the long run  — after taking into account all government subsidies and other production, consumption, emission, disposal, health and security costs —  then it should cost more upfront in the short run.

The mechanism Smarter Capitalism uses to bridge the gap between coal’s real cost and its current, unrealistic market cost is by scientifically assessing its real, lifecycle costs and then increasingly reflecting these social and environmental costs through Anti-Pollution Tax Taxes (APTT’s) .

That way, reducing pollution  (and ones APT taxes) becomes more profitable than polluting!

The resulting game changer —  eco-friendlier products and services  across the economy underprice, outcompete and replace their more polluting counterparts. To short,  Clean and Healthy replaces Dirty and Dangerous across the economy.

So by all of us,  consumers and businesspeople, saving money buying less expensive, eco-friendlier alternatives, we also help save our society and civilization from global ecological bankruptcy. In short, Saving Money Helps Save Civilization!

The Free and Responsible Market

As we all heard from our parents, with freedom comes responsibility. Thus, the Smarter Capitalism version of Milton Friedman’s famous dictum is that every company’s purpose is, in a socially and environmentally responsible way, to maintain or increase sustainable returns over the long term to its shareholders which now include two substantial shareholders, society and the environment.

In short, every company’s purpose is to maintain or maximize its net benefit to society and the environment.

The Result of Smarter Capitalism

Because Smarter Capitalism reinvents our economy for the common good and the long haul, it’s more sustainable and has a better chance of surviving than the current model.

We invite you the reader, President Obama, Congress and the international commmunity to a conversation on this very important and timely topic, including the development of more principles and ideas for Smarter Capitalism, followed by timely, effective legislation with teeth and specifics.

Smarter Capitalism and many of the other ideas in this website are in some ways original and in other ways a reframed and abbreviated version of many ideas already out there. Some of the people whose similar ideas have already been circulating or have inspired or influenced us are Hazel Henderson, Herman Daly, David Korten, Amory and Hunter Lovins, Lester Brown, Thomas Friedman, Robert Reich and Mark Schapiro.  Much praise and credit to all of them and apologies to any inadvertently left out.