Because solar, wind, tidal, wave, geothermal, damless, small scale hydroelectric and biofuels made from switchgrass grown on non-crop lands have much lower government subsidies and externalized pollution/ global warming and social/environmental health costs than coal, oil, natural gas, nuclear power and biofuels made from food crops, they will underprice, outcompete and replace them. As in Germany, all limits will be lifted on how much clean solar and wind energy homeowners, farmers and businesses can sell back to the grid and they’ll receive a fair price while contributing a fair share to the grid’s fixed costs. 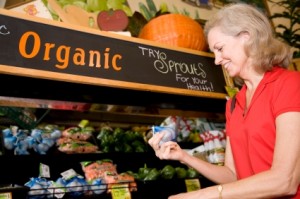 Organic food and other crops organically grown on family farms will underprice, outcompete and replace chemicalized, industrialized factory farm food and crops. This is because organic farmers’ goals are growing high quality crops in harmony with nature by enhancing soil fertility and biodiversity using natural methods of animal husbandry, fertilization and pest control. As a result, they use minimal off-farm inputs like water and gasoline and no off-farm inputs like chemical fertilizers, pesticides and herbicides, all of which will cost more with True Cost-Benefit Pricing.

Organic farmers also don’t use at all any chemical fertilizers which will also cost more with APT taxes. The reasons: in large run-off quantities they get carried by rivers to the sea creating more and more oceanic dead zones and destroying fisheries around the world – roughly doubling every decade, reaching 405 known dead zones in 2008 with one at the mouth of the Mississippi larger in summer than New Jersey! (Robert Diaz of Virginia Institute of Marine Science estimates the true number of dead zones world-wide is over 1000!)

Nor do organic farmers use known carcinogenic, mutagenic and endocrine-disrupting herbicides and insecticides. These will either be banned outright if they poison farm workers, children living or attending schools nearby, consumers and pregnant mothers or they’ll incur increasing True Cost-Pollution Prevention taxes that increasingly reflect their harmful short and long term true costs.

Instead, organic farmers use natural methods of feeding their animals such as pasturing their cattle who and housing free-range poultry with plenty of room to roam around outside scratching the ground for insects. This means the animals don’t live in unnaturally and cruelly restrictive, disease-causing conditions “requiring” the mass use of antibiotics in animal feed.  Apart from the immoral and cruel aspects of this imprisonment of chickens, another major problem is these antibiotics become less effective for people and so they’ll incur increasing APT taxes to reflect society’s increased corresponding healthcare costs. 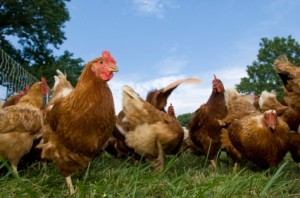 New codes will now strongly encourage, if not in some areas require, the following:

Natural health and everyday products time-tested as safe will in general be less expensive and will replace their untested, potentially harmful counterparts. True Cost-Benefit Pricing uses common sense, better safe than sorry, and the precautionary principle as does the European Union, which is this: a chemical must be proven safe with true, objective testing that’s not paid for by the manufacturer before it goes on the market and into our air, water, food and bodies.

True Benefits and Value of Forests

Putting the Benefit into True Cost-Benefit Pricing, forests, especially rainforests, will be priced to include the following enormous ecosystem services they provide humanity. As a result, they’ll be very if not prohibitively expensive to convert to less valuable long term use.

With True Cost-Benefit Pricing,  forestry not to mention every other aspect of our economy follows the principle of sustainability:  The stewardship and use of forests and forest lands in a way, and at a rate, that maintains their biodiversity, productivity, regeneration capacity, vitality and their potential to fulfill, now and in the future, relevant and important ecological, economic and social functions, at local, national, and global levels, and that does not cause damage to other ecosystems.